Greetings fellow survivors! Come, walk with us as we tread the winding trail down into the dark woods, for today is National Teddy Bear Day. We hear there may a few surprises and maybe even some light refreshments to be had down in the dank and murky interior of the Holy Fire thicket. So, let’s go see what juicy morsels the bears have for us this week!

In times of crisis, when things get weird you really “don’t wanna get killed for the lack of shooting back” do you? No? Then we think we may have just the weapon for you, oh yes! 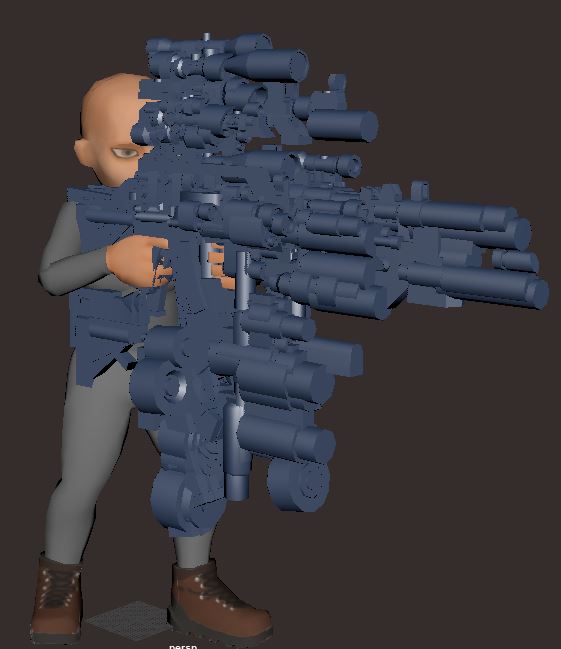 Hark! Is that a ravenous horde I hear approaching?

This week’s infected arrangement is ominously entitled “The Horde”. Just crank up the volume, sit back, but don’t relax too much. You never know what might be creeping up behind you!

Our hazmat suits are now complete and our favourite duo of guinea pigs, Bonnie and Clyde, have been getting fitted for theirs (not sure who they measured).

Hazmat suits were introduced into Canard County by scientists and medics of the CDC together with their military escort. They may not have been enough to prevent the relief force from being overrun, but they are still much sought after items. These items of questionable fashion are a must-have for anyone trying to survive in the quarantine zone.

Above: Bonnie gives us a twirl in the slinky, figure-hugging civilian hazmat suit. A pinnacle of life-saving fashion. Haute couture at its most protective.

Above: Clyde is seen here sporting the latest in casual protection designed for the rugged outdoor type and lover of green.

Another glimpse at some of our growing catalogue of props.

Clyde loves nothing more than to spend some ‘me’ time getting down and dirty in the garage, before heading up to the bathroom to take a nice relaxing bath or steaming hot shower…there are even facilities to allow him to ‘sit and think’ too! 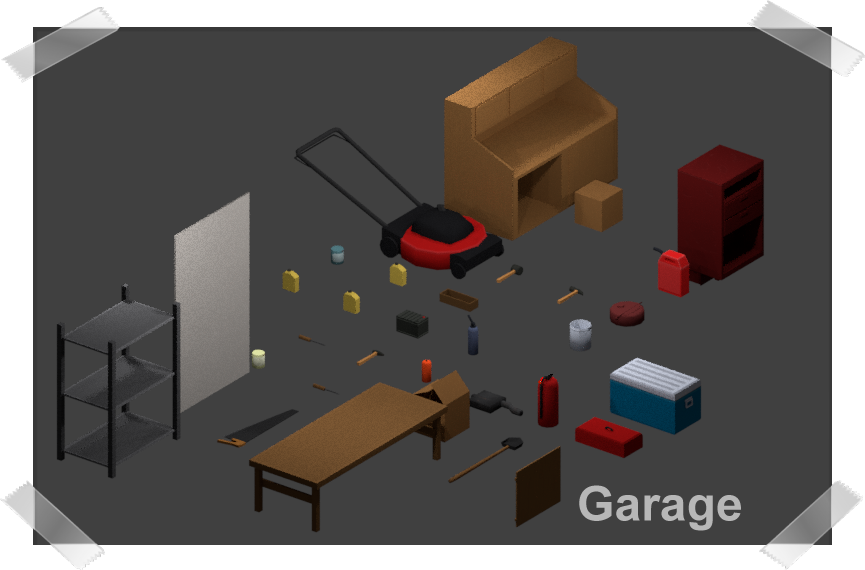 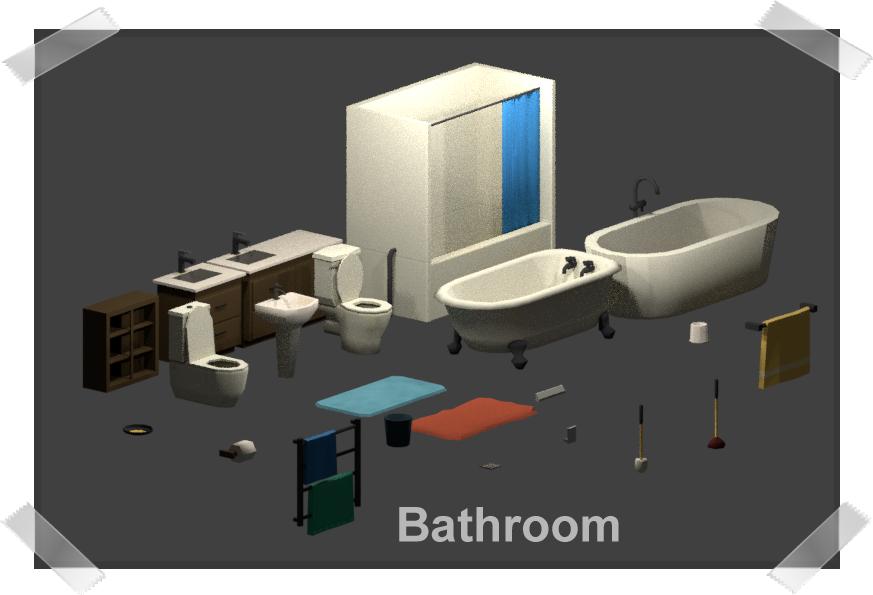 The team in the sound effects lab have been tinkering with collision sound this week. Specifically, impact sounds as heard from a third parties perspective. Here is a short clip demonstrating their progress.

Bert Dekker sat slumped in his favourite armchair. In one hand he held a TV remote and in the other a beer bottle, which rested on his potbelly. He cursed and shouting at the huge sixty-inch television, offering worthless advice to the padded athletes that twisted and turned their way across the flat screen. Without taking his eyes from the game, he raised the bottle to his lips and sighed,

“Meg! Hey Meg! Fetch me another beer will ya” he ordered loudly, there was no reply.

“MEGAN!!! Beer and make sure it’s cold this time!” he snapped, still keeping his attention firmly fixed on the screen in front of him.

Still, no reply came. Cussing, heaving himself out of the chair he stormed into the kitchen. Mrs Dekker stood next to the sink looking out through the window, she rocked silently back and forth, seemingly unaware of his presence. He grabbed her arm and roughly spun her around intending to give her a piece of his mind. Instead, the cold bottle of beer she held in her right hand smashed into the side of his head. Stunned, he staggered backwards away from her. She stepped forward, raised the broken bottle and plunged the jagged glass into his exposed neck.

He staggered away from her, back towards the lounge. Blood spurted from the open wound and spattered over the walls and carpet as he staggered back to his chair. Grabbing the arm for support, he slumped down into it clutching at his throat in a vain attempt to stem the flow of blood. His vision was beginning to blur, the light fading as he felt his life ebbing away.

A shadow loomed over him; his wife lent over him to sink her teeth into his exposed neck. He feebly kicked and writhed trying to break free of her grip, but his strength failed him, and he slowly slipped from consciousness.

Twenty minutes later, a sated and blood-soaked Mrs Deker walked slowly down the driveway, pausing briefly to survey the scene inside the house as she passed by the lounge window. She smiled coldly “see mother. I do have good taste in men after all,” she thought.

Somewhere far in the distance, a shrieking howl echoed through the darkness. The widow turned towards it and answering the call, walked slowly into the night.

So that’s it, folks. The pies are all gone, the beer has run dry, and the little ones are ready for their beds. Our picnic is over, and we must sadly wave goodbye to the teddy bears for another year. Well no, actually we will be back next week, I can’t speak for the bears, who knows.

Tune in next week for another look inside the DOTI picnic basket of tasty goodness!