So, survivor, we meet again for another juicy dose of feculent infection. Are we all ready to see what the downtrodden minions have been slaving over since we last entered the murky depths of Holy Fire Central? Then form a line and follow…

Bonnie, has been getting her locks coiffed this week. She’s spoilt for choice, and there are so many to choose from, she can’t quite settle on just the right look. Below are several examples of the many styles we will have to offer. We aim to bring a wide variety of customisation items to DOTI, so expect plenty more. 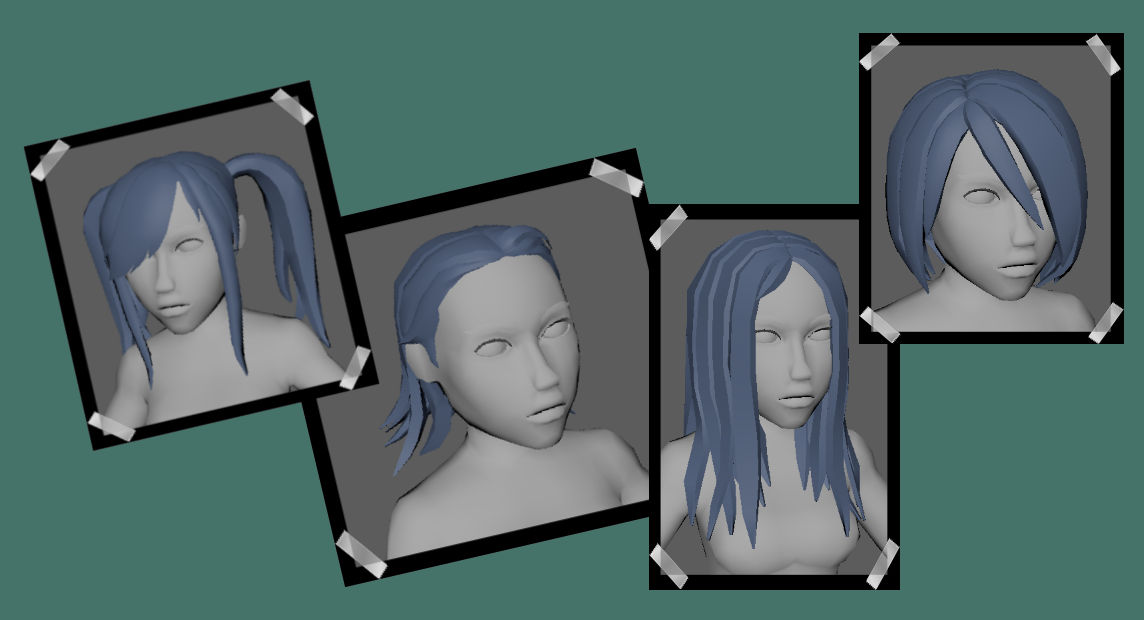 Bad hair day? No problem! We literally have that covered too…hats, in all shapes, styles and sizes. From Tophat to Ten Gallon and many more besides! 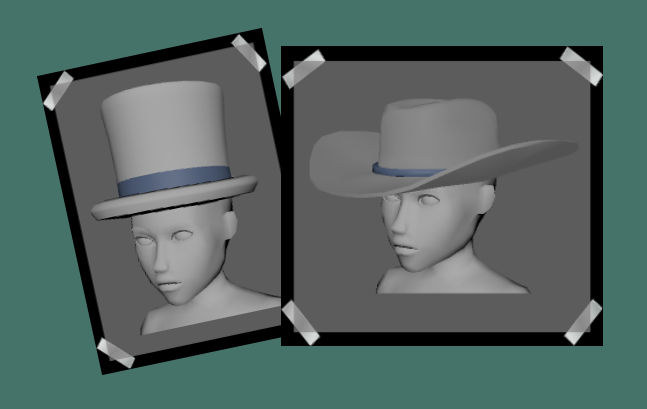 Why not mix ‘n’ match for that individual look and feel. Put them all together and voila! Something for everyone. 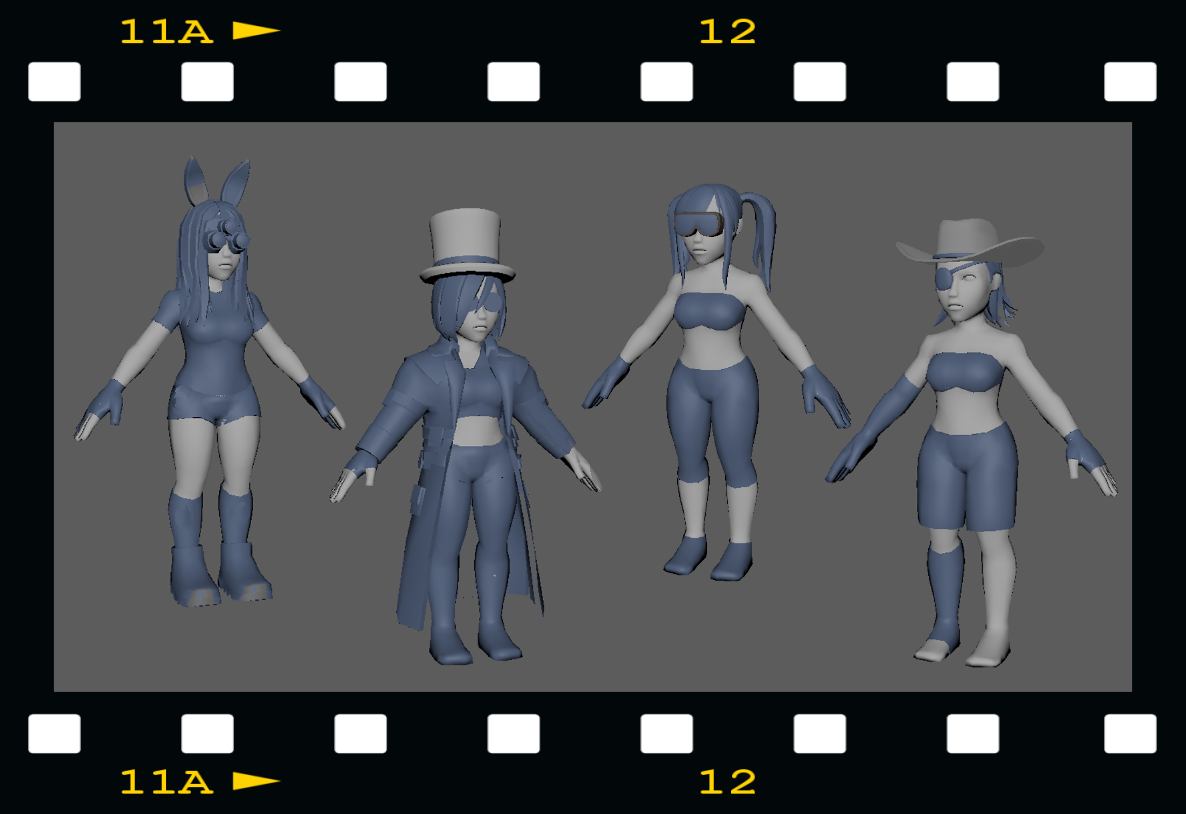 The grease monkeys down in the vehicle workshop have been busy assembling yet another vehicle to add to our ever-expanding lineup: a new heavy-duty, multi-purpose workhorse, the Matador M12. The M12 is a rugged, go-anywhere and carry anything 6×6 beast of a ride. 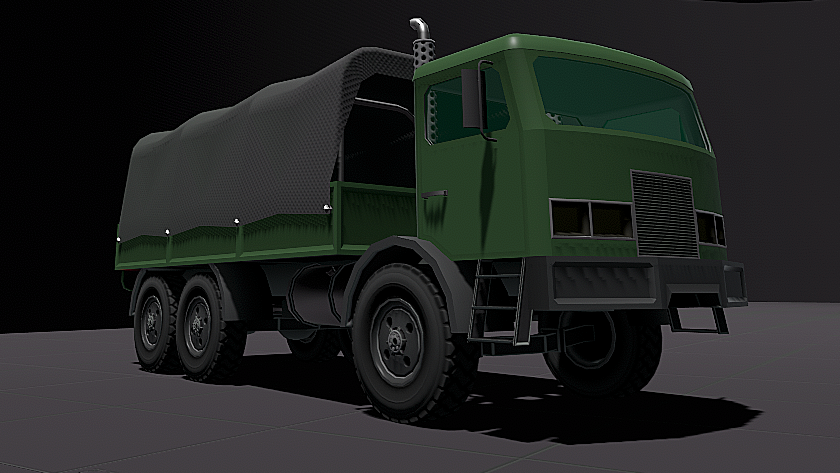 Here’s a short clip of the beefy Matador being put through its paces down at the test track. The trucks independent suspension allows this beast to deliver the smoothest of rides on the roughest of roads and in any terrain.

Continuing the vehicle theme, as we mentioned last time, the audio department has been creating and tweaking the braking SFX for our vehicles, in the search for that satisfying squeal of screaming rubber. It is all sounding great, especially for Canard’s resident tyre manufacturer, they really do love tyre doughnuts down at Pr-O-Falaktik!

The Wonderful World of DOTI

While Clyde is busy propping up the bar, Bonnie has been kind enough to allow us a few photo opportunities during her morning constitutionals. She seems quite fond of her daily excursions into the suburbs and thinks it is beginning to feel like home. 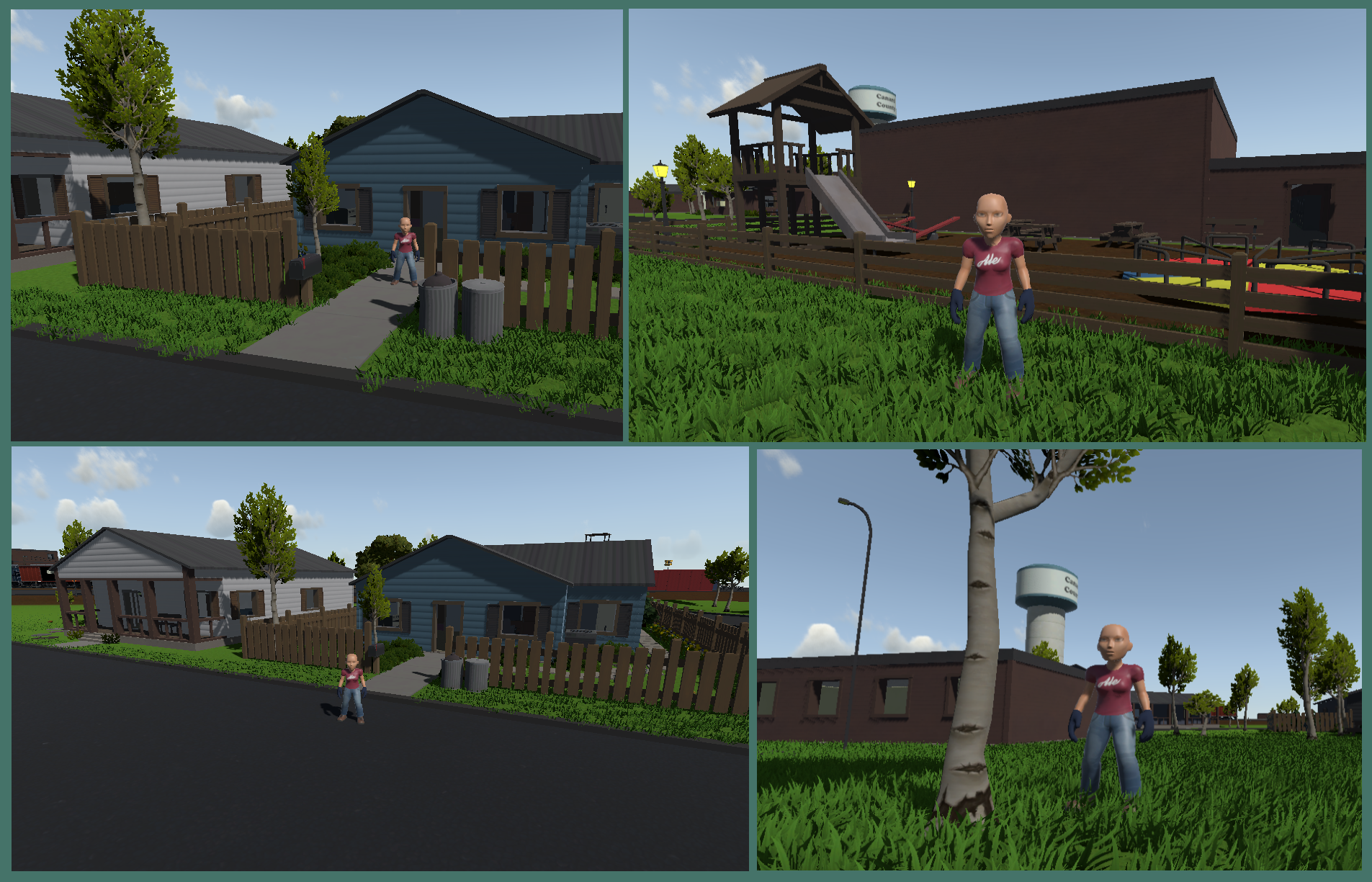 Bonnie has also been spotted visiting the Canard brewery. We’re not sure if she is ensuring a plentiful supply to keep Clyde happy or emptying the remaining supply down the drains to keep him sober. Hopefully, the former as we are all going to need a cool one come to the apocalypse!

This week, the ‘Holy Fire’ armourers have set their sights on DOTI’s gunplay mechanics. This includes bringing together all elements of gun-based combat from blazing muzzle flashes to dulcet weapon sounds and glorious blood splatter for that wholesome feel. The ‘aim’ is to bring an authentic, smooth and impactful ranged combat experience to the player.

Above: A short clip of early testing down at the ranges, there is still some way to go and much polish is still required. We will bring you an update on their progress as soon as we have more to show.

This week we bring you part one of a three-part story. These short stories, while giving an insight into the infected world, will eventually form the basis for missions and events within the game world.

The grey-haired man carefully pulled at a loose corner of the flyer and tore it from the streetlamp to which it had been pasted. He looked cautiously around, checking he was alone, before turning his attention back to the slightly torn paper in his hand.

“Bliss & Lovett – Speciality Meats and Mystery Pies,” he read. There was also a small hand-drawn map at the bottom. A red arrow indicated a nearby location accompanied by the words ‘We are here’ written in red pen. The man checked his map against the flyer then folded the paper and slipped it into his jacket pocket.

Hirschel Jackson was a tall, wiry man in his early sixties. He had the appearance of a down on his luck vagrant albeit one with a Colt holstered under his jacket and razor-edged machete sheathed on the side of his backpack. The look was deliberate. He had found the meaner you looked, the more folks thought you had to hand over, and everyone thinks they are harder than a man in his sixties, so he dressed down in search of a quieter, stress-free life.

Checking his map against his compass, he headed in the direction of “Bliss & Lovett – Speciality Meats and Mystery Pies”. Fresh meat was just what he needed and who knows, a butcher may have plenty of offal going spare too.

Hirschel approached the boarded-up premises of “Bliss & Lovett” cautiously, watching for signs of an ambush or stray Rotters. He felt exposed out in the street, too much cover and none of it in his favour. Reaching the store-front of the butchers’ shop, he climbed the two steps up to the door and tried the handle. The door was locked. Glancing back over his shoulder, he knocked on the door and waited. He thought he heard a distant shout for help, but he couldn’t be sure. He could hear people whispering inside. He knocked again.

“Hello!? I can hear you in there, can I come in? I’m looking to trade,” Hirschel called through the door.

“Who are you? What do you want?” a man’s voice snarled from behind the door.

“Sorry to bother you sir, but I saw one of your flyers. I am looking for supplies, meat. Are you still trading?” Hirschel asked politely.

“Not today and not to you, now bugger off we’re out of stock,” snapped the anonymous voice behind the door.

“Maybe I could come back tomorrow? I can pay, I have money” offered Hirschel.

“What would we do with paper, you seen it out there? Just walk away stranger, we don’t want to have to get all unfriendly on your ass, now do we?

Hirschel reluctantly retreated back down the steps into the street. As he walked away, he glanced back at the heavily boarded building. A rifle barrel was clearly visible sticking out from between the planks nailed over an upstairs window.

Hirschel moved off the street into cover, replaying the encounter in his head while he walked. ‘Had he heard someone call for help? And that smell, a sweet, putrid, rotten odour. He had experienced it before, and it didn’t conjure happy memories,’ he sighed, he knew he would have to return later for a closer look.

He continued until he was sure he was out of sight before turning aside to begin circling back. He took a wide, indirect route, taking care not to be seen as he approached the building from the rear. He stopped when the apex of the building’s roof came into view and dropped back into cover.

Hirschel surveyed the ground in front of him. Carefully selecting his intended route and, as dusk fell, he cautiously began his slow and methodical approach. An hour later, with only fifty yards to go, he slid into a dry shallow ditch to wait for the lights in the store to go out…

Well, it seems the end is nigh for this instalment of the DOTI files. We hope you’ve enjoyed the tour and look forward to seeing you next time!

Oh! Before we leave you, here’s a sneak preview of something the Airtech boffins are working on…be sure to come back next time for a closer look at the finished article. 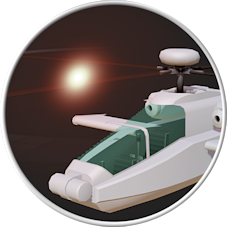