Welcome wanderer, I didn’t see you arrive. I was just giving my old piccolo a polish. Apparently, today is Rat Catchers Day, and you can never be too prepared when it comes to rats, especially in times of apocalyptic mayhem! Apparently, it is also ‘National Hammock Day’, so today I shall be relaxing in the sun piping my pied pipe until I have sufficiently annoyed my neighbours into leaving town along with the rats!

This week’s musical marinade is titled ‘Communication Failure’ a subject I am an expert on…so lie back, hit the play button and hope for success!

The interior designers and the feng shui advisers have been hard at work over the past week bringing a touch of style to the interiors of Canard. Cozy homes and comfortable cottages festooned with soft furnishings and all the mod cons. 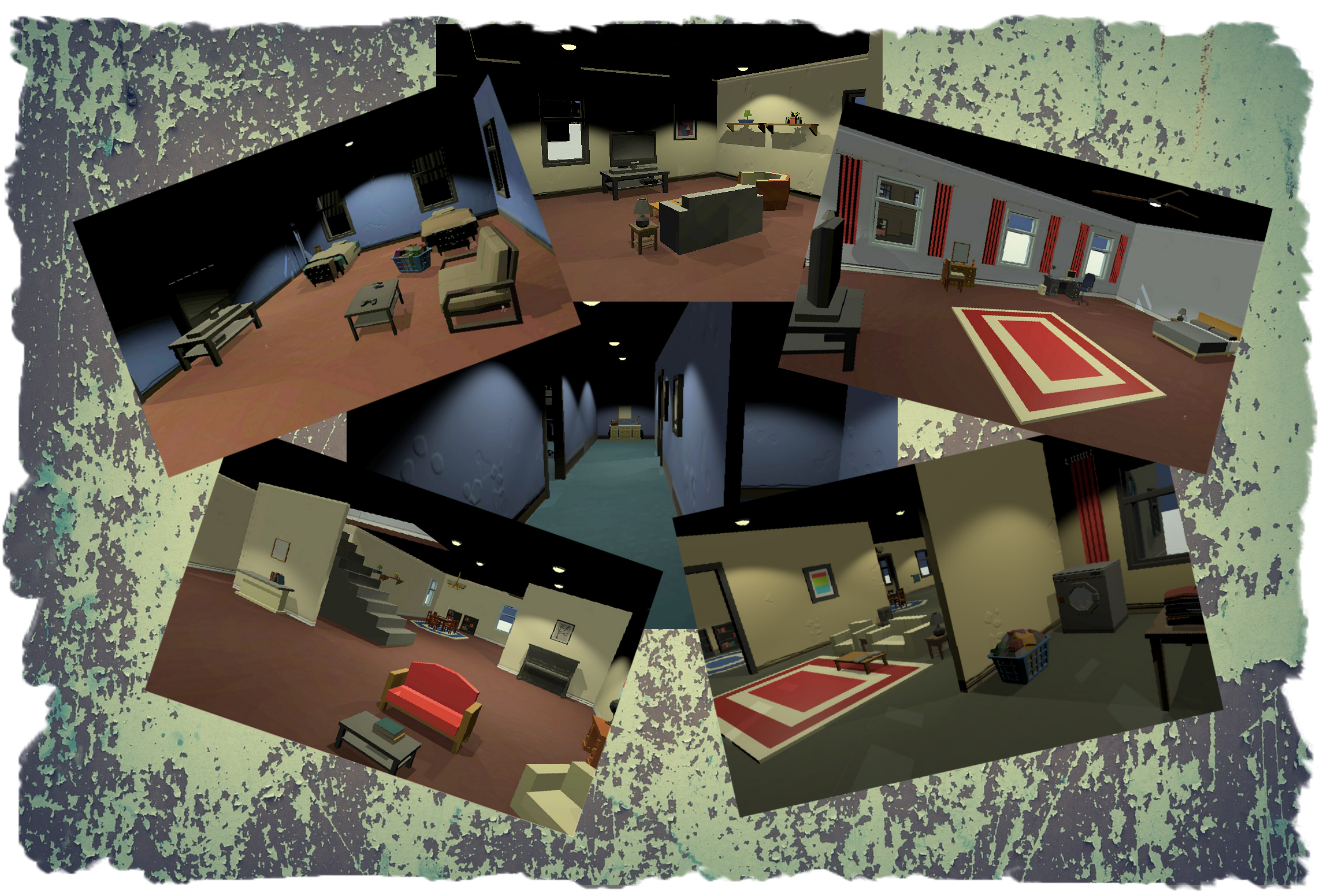 It seems Bonnie has taken a fancy to the new Duster coat, though it has to be said…looking good!

Last week we revealed the initial civilian hazmat suit, so here, for your continued pleasure, we present the first look at the military version.

Now for another quick look at the progress down at the new dam, POI build site…now in glorious colour. Running around in the bowels of this beauty while being chased by a horde of crazed Infected and equally psychotic players…now that is my idea of fun! 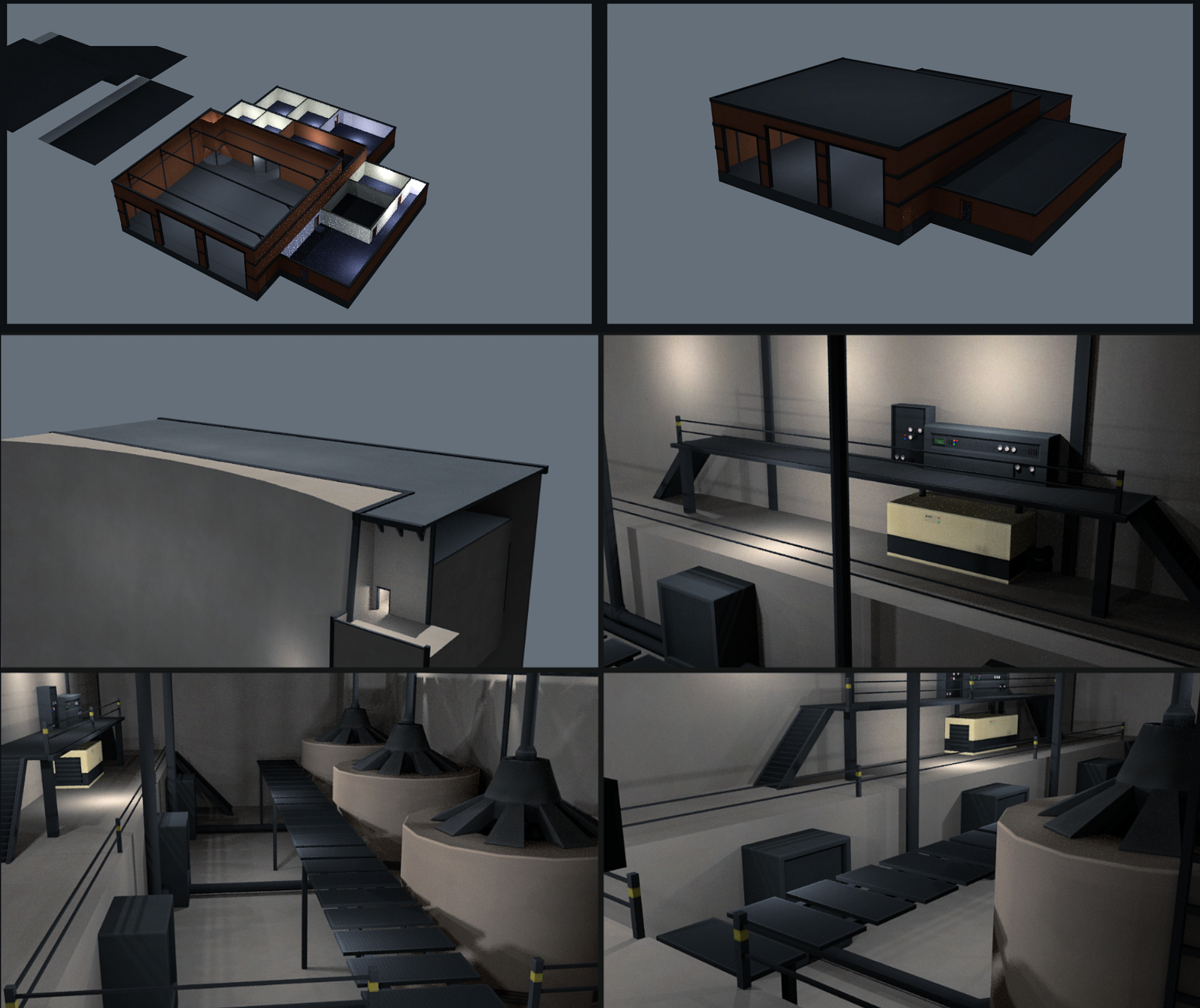 Here is a short scribble to help set the tone…

…Ray Miller replaced the cover on the pump he was working on, he’d been at it all day. The job should have only taken a couple of hours, but after days of colleagues calling in sick or in some cases just mysteriously gone missing, he was the only one who had reported in that morning.

Tightening the last screw on the panel, he thought heard a scraping noise above him. He looked up over his shoulder, someone was up on the gantry above. Ray watched the overalled figure shuffle towards the top of the stairway and, failing to negotiate the first step, plunge headfirst down the remaining twelve.

Ray ran to help the injured man who now lay crumpled and motionless at the foot of the steel stairs. His pace slowed as he approached the body, amazed that the figure had begun to stand. Ray watched the man stagger towards him, he could clearly see a splintered bone protruding from a twisted and bleeding leg. The figure drew closer, leaving a trail of blood in its path, slowly raising its head to look Ray in the eye, it moaned. Ray staggered back and reached into his toolbelt for a large pipe wrench.

“Bill is that you…?” he stuttered, “Bill?” he asked again staring into the emaciated face of his best friend, his knuckles whitened as he tightened his grip on the heavy wrench.

The living corpse lunged suddenly towards at Ray who sidestepped and made a dash for the stairs down which his ‘zombie’ friend had fallen. He didn’t look back, instinct screaming at him to keep going. Ignoring the growing pain in his chest, he fled headlong up the steep stairs towards the top of the dam, he knew he had to escape the confines of the dam.

The panicked engineer finally made it to the top level of the dam. Feeling the cool breeze of fresh mountain air on his flushed face, he headed for the exit. Nearing the open door, Ray saw a towering figure step into the small doorway blocking silhouetted by the bright sunlit behind. A large unkempt, pale-faced man stepped into the dimly lit control room, he was not alone.

No one heard the chilling screams, the tearing of flesh, maniacal laughter. No one would ever know what fate had befallen Ray Miller that day, he simply vanished, like so many others. The only sign he had ever been at the dam that day was an abandoned, blood-soaked wrench and a pair of broken spectacles.

The team down in the motor pool surprised us this week with an unannounced addition to the offroader line up. The SilverLux 4×4 combines comfort, utility and reliability. It comes with four of everything, four alloy wheels, four Pro-Falaktik tyres, four doors with four handles and even four spot lamps…well six with the two on the bumper but whose counting? Oh yeah, I was… 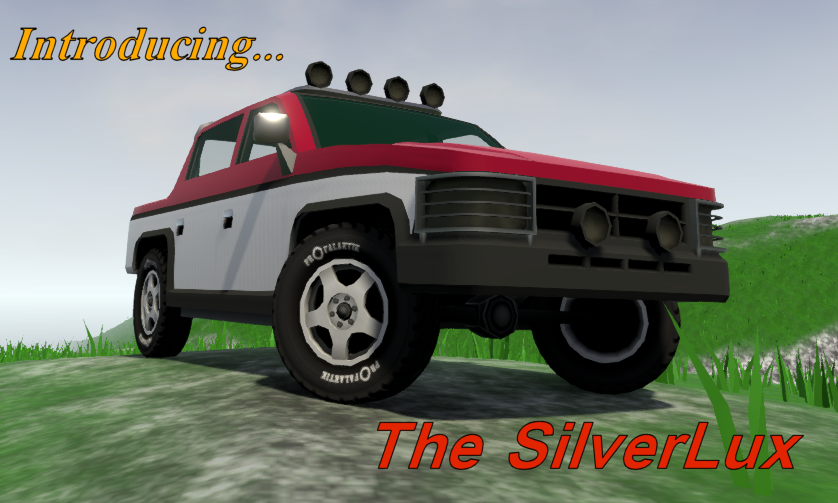 We even managed to get it down onto the test area for a quick joy ride!

Sadly we have run out of time, once more it is time to bid you all farewell or maybe adieu? But, as always there will be another overflowing cornucopia of updates winging their way to you next week…We look forward to seeing you then!