Hark! Is that a mounted horde of rabid infected I hear through yonder window? Ah no, it’s just some nut fooling around with a pair of coconut shells down in the sound effect studio. To be expected, seeing as today is ‘World Coconut Day’, a day to celebrate the hairiest of nuts.

So, Pina colada’s all-round then as we delve beneath the shell-like exterior of DOTI and see what has been going on this week here in the succulent heart of Holy Fire central.

Talking of the SFX team, this week they have been turning their tuning forks to audible cues for the stealth system we are working on.

The aim is to provide a sound effect that reinforces the visual cues the player receives when they are in danger of being spotted by an enemy.

Great news, the resizing of our extensive armoury is now complete and has been tested alongside character model stances.

We can’t wait to get textures on these babies and will let you get a look at the finished articles shortly. 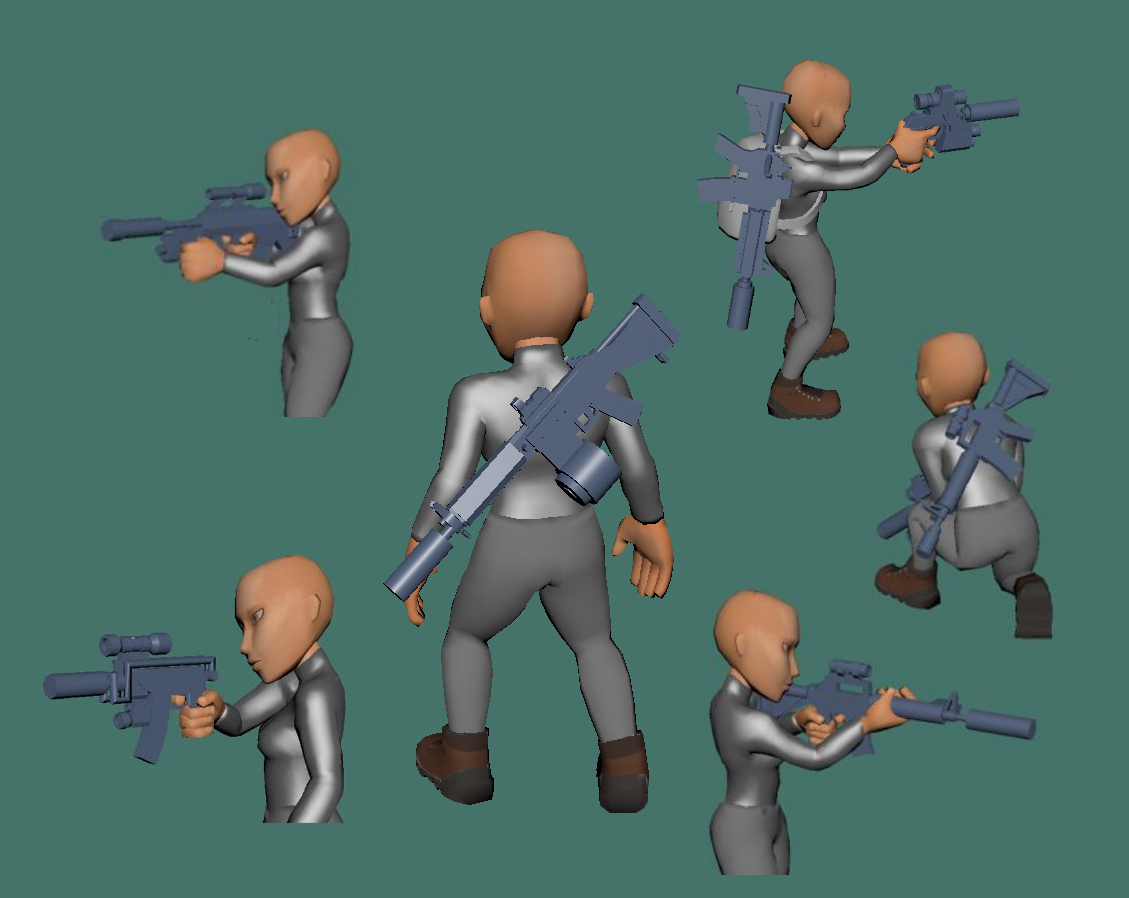 During the resizing, some of the models also had a slight redesign for that little touch of DOTI uniqueness. 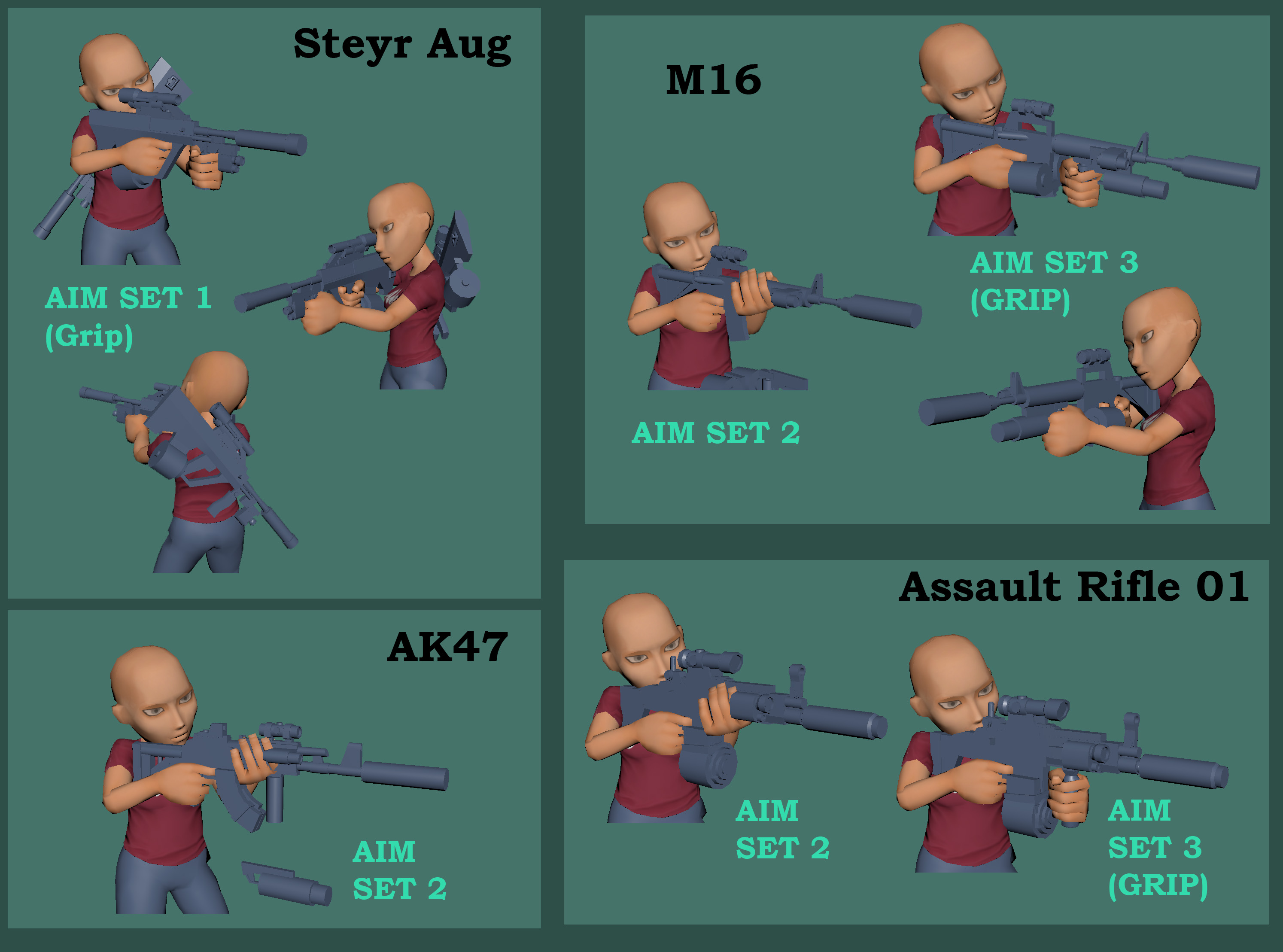 One does not simply ride a bike, one grips it between one’s thighs and thunders into hell and if you’re really…back again.

This week saw more high jinks down at the Holy Fire test track… there’s a queue for that thrilling ride into oblivion!

Last week we showed you the initial white box phase of the upcoming ‘Urban’ test map which will become the first area of the finished DOTI world. We thought you might like a tiny peek at how the buildings look with a splash of colour and a smidgeon of lighting for effect. 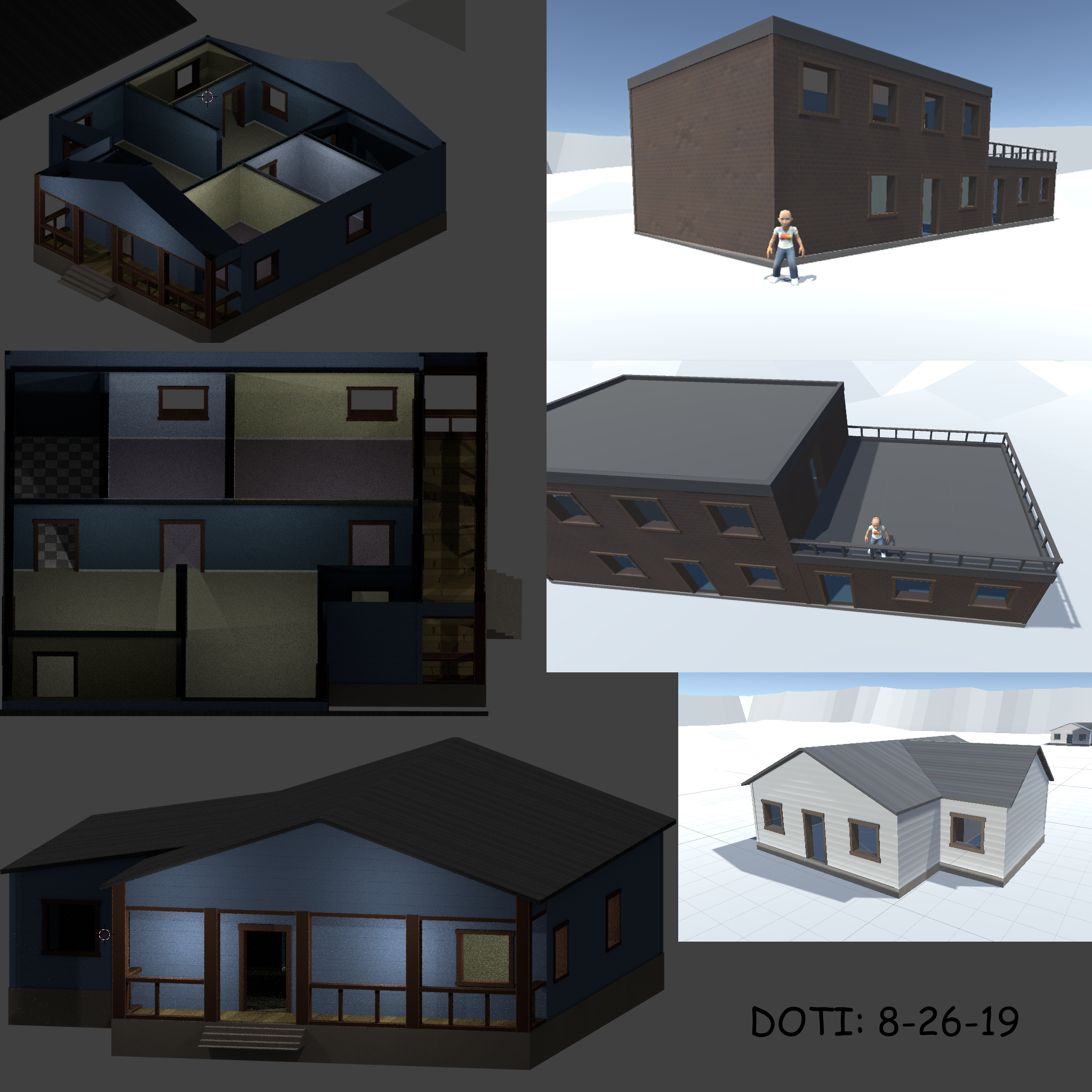 Another tale from the zone, no not that zone…the ‘Canard Quarantine Zone’ commonly referred to as the ‘CQ.’

A lone, barefoot woman stood rocking at the centre of the crossroads, two men silently watched unseen in the shadowy treeline. They edged forward nervously, taking care to make no noise.

“Now!” The shout echoed through the trees as the soldiers ran towards the lone figure who turned and snarled at them.

Still several metres from the woman, the two men changed direction, heading away to her left. One of the two quickly glanced back over his shoulder as they ran.

“She following us, corp?”

“What we doing this for again?”

“Because they want a specimen and the Colonel hates us…now shut up and run.”

The chase continued on up across the open hillside. The two men were breathing hard as they crested the hill. Suddenly, a horde appeared in their path, the two men turned sharply right and headed along the ridgeline away from the new threat. Their pursuer screamed, in response to her call, the horde turned and joined her in the chase. The soldiers, breathing heavily, ran on. Unlike those behind them, they were beginning to tire.

The ground began to drop away sharply down into a steep-sided valley, they stumbled and slid headlong down the steep slope, fighting to stay on their feet. Reaching the bottom, they turned to follow the stream that flowed downhill, but another smaller horde appeared from the trees to block their path. They turned back to run up towards the head of the valley and only just managed to sidestep the first horde who were tumbling down the slope above them.

Corporal Stilson again looked back over his soldier, his heart sank. There were now at least fifty hostiles chasing them, and they didn’t appear to be tiring. His partner came to an abrupt stop and fell to the ground. Both men stared in horror, yet more infected stood blocking their path, a path littered with decomposing and mutilated corpses.

“A trap?! The rotters led us here?” shouted the corporal, unable to conceal the fear in his voice. Both men instinctively raised their weapons, and with nowhere left to run, emptied their magazines into the approaching horde. Moments later, the sounds of gunfire ended abruptly, and the crazed creatures fell upon them…

As part of DOTI’s stealth mechanic, use of cover now has an effect on detection. So, duck yourself down and improve your chances to stay off the menu. Also added were the cues that inform the player when nearby infected are alerted to a players presence.

Animations for all Infected NPCs have now been added for all movement states. We are now finalising their AI so they will soon be able to chase dinner intelligently…watch ya kidneys folks, they will definitely be on the menu.

Our new website is still under construction, it is a major undertaking but we are sure it will be worth the wait.

Sadly, dear hairy nut lover, it is once again time to bid you farewell. We hope we ‘shell’ see you again next week for another glimpse into the world of the Infected.