Development Update – Fire up the Loco and hop aboard the DOTI express!

Welcome back, fellow survivors here we are again for another glimpse of luscious golden goodness. It hardly seems possible that two weeks have passed since we last took a look inside the hallowed halls of Holy Fire central and the world of the infected horde within.

Hark, is that the pitter-patter of tiny infected feet I hear approaching?

Here are two examples of the new footstep sound effects in the game. The first clip is the sound of someone walking on a dry concrete surface, and the second is on a wet concrete surface. Small details that add exponentially to the immersive experience.

The new map is well on the way to completion. The addition of colour and texture into the world is beginning to bring the map to life. The map will be used to test the mechanics and features of the game as game development, and testing phases move forward so the map will expand to cater for the increase in content. 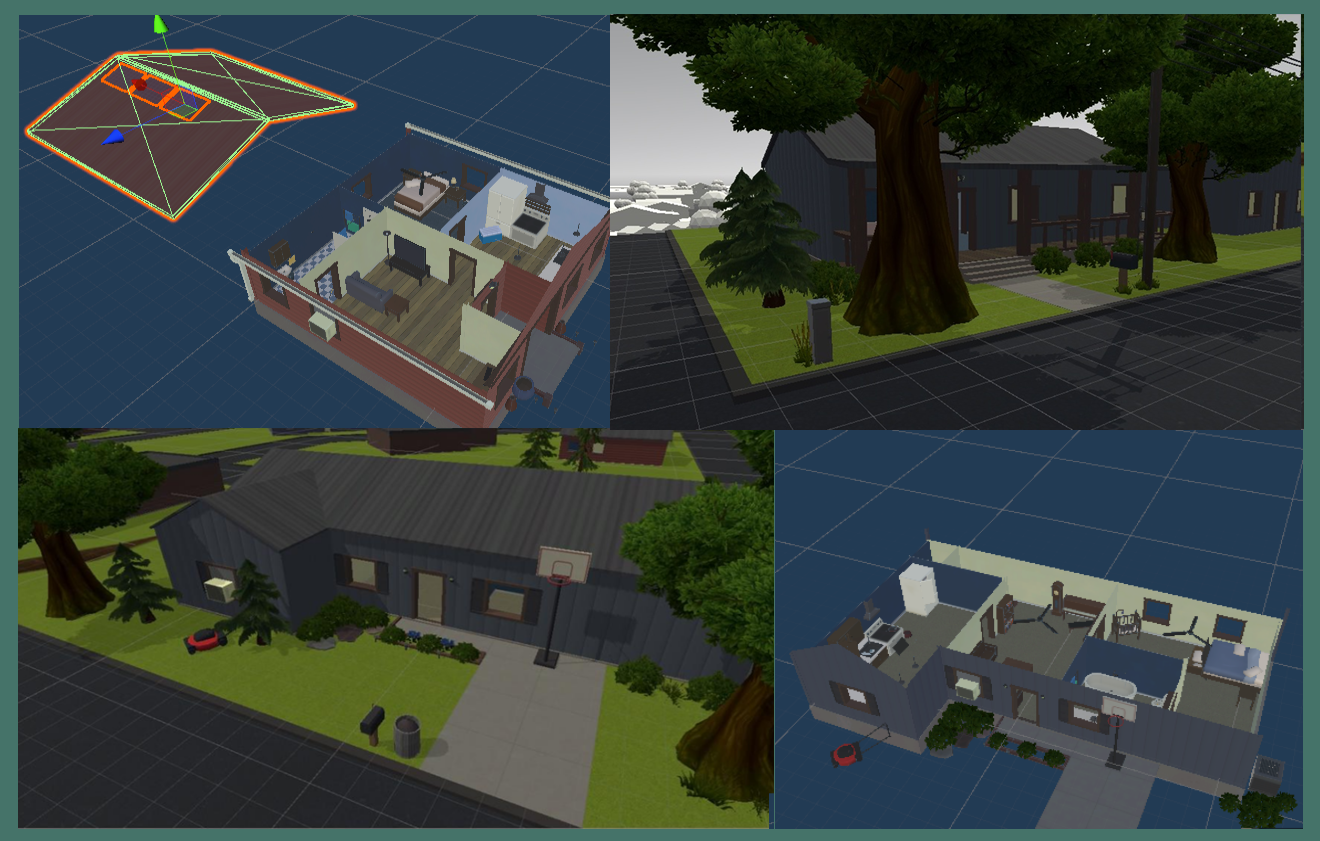 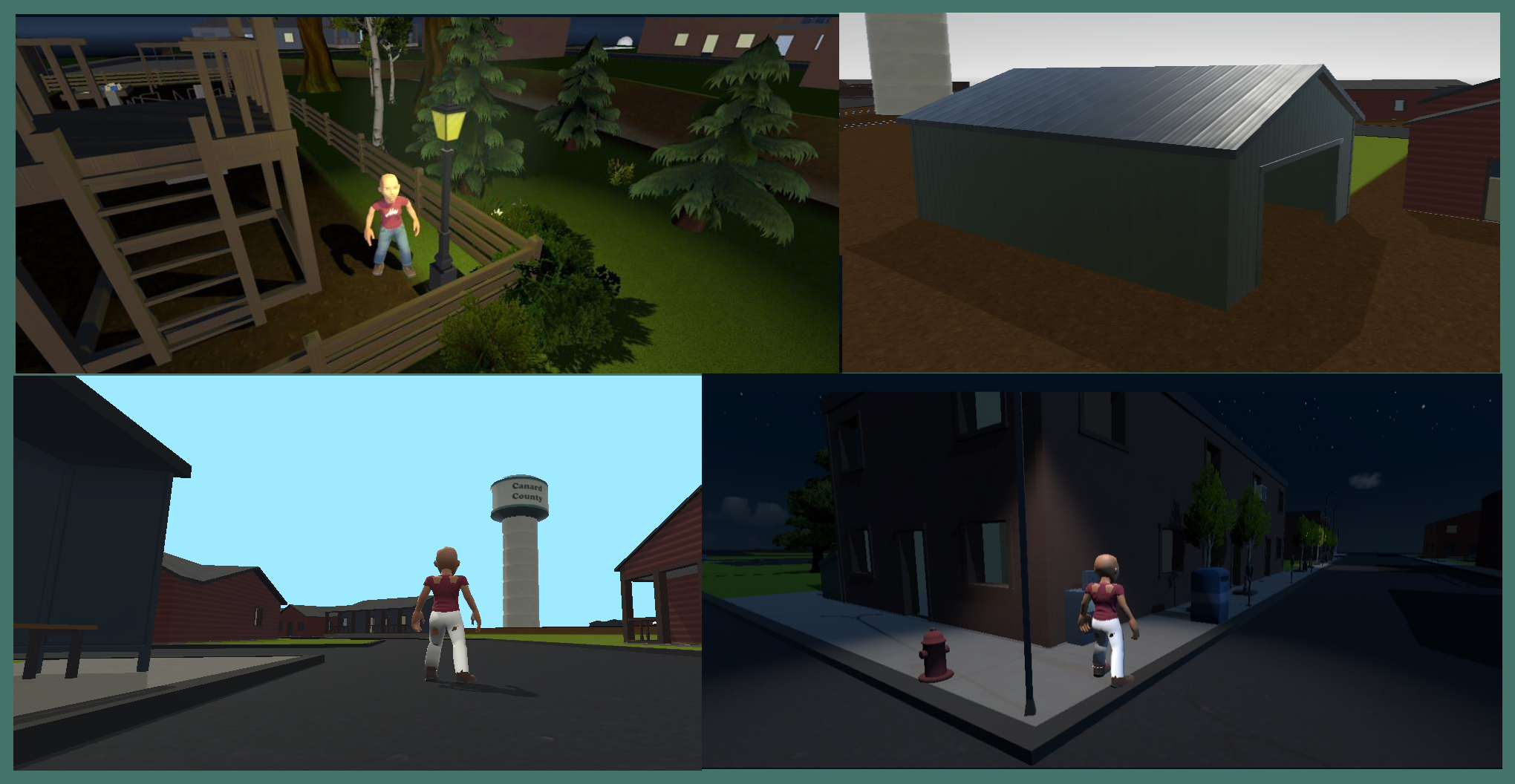 Something wicked this way comes!

Oh, noes, the horde has sniffed me out…here they come!

DOTI will have both visual and audio cues to relay situational information to the player, from directional indicators of gunfire to movement SFX and NPC voice SFX’s as in the clip below which is an example of infected becoming alerted to a players presence.

We continue to build out our growing prop catalogue, this week we take a quick look at the ‘retail store’ set, complete with checkout, shelving, freezers and serving counters. 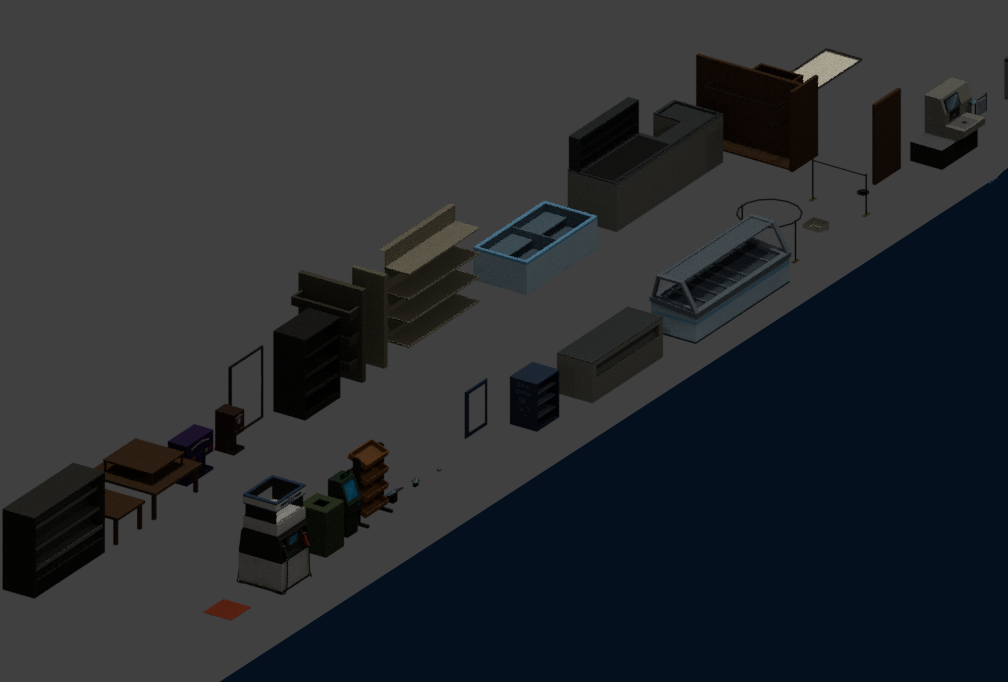 ‘Scabs’ Malloy lay spreadeagled on his back, the cold hard muzzle of a shotgun pressed painfully into his cheek. He looked helplessly up to at his reflection in the darkened perspex visor of his attacker’s respirator mask. He made no sound or even a plea for mercy. Malloy had been expecting this meeting, he had known since the first murder a month ago. Though he could see no face, he recognised his assailant. The infamous ‘Pink Unicorn’ was wanted by Scavs and Military alike for the cold-blooded executions of six men, all members of the Scabs gang, his gang.

Malloy suspected why they had been marked for execution, the pink unicorn shirt the assassin was said to wear told him all he needed to know. He also knew that he could expect no mercy from the silent, dark figure now standing over him.

“She wasn’t supposed to die,” he spoke calmly “she struggled…the gun…it was her fault…” he shrugged, the shotgun was pushed harder into his face in response. As he spoke, he slowly slid a small knife from his boot.

“You took my life, you took my child…” the emotionless voice replied from behind the mask, “now it is your turn to pay Malloy, you are the last.”

“A woman? Her mother? You killed my boys.” Malloy replied, surprised by the revelation. As he spoke, he slowly slid a small knife from his boot.

“And you murdered my daughter and mutilated my husband, and now I shall do the same for you, Malloy” the calm, soft voice answered.

Scabs Malloy twisted suddenly, driving his dagger into the woman’s leg, she screamed as the blade penetrated deep into her thigh. The shotgun fired, the deafening sound of the blast echoed down the street, and the man’s head disintegrated, the force of the blast spreading the remains across the red brick of the wall behind.

A shout rang out from further down the street, the assassin cursed. Clutching at the knife still stuck in her leg, she limped away and into a dark alley between two stores. She stumbled into a doorway and, enveloped in shadow; she looked back to watch the street. The figure of a man appeared and knelt beside the corpse. 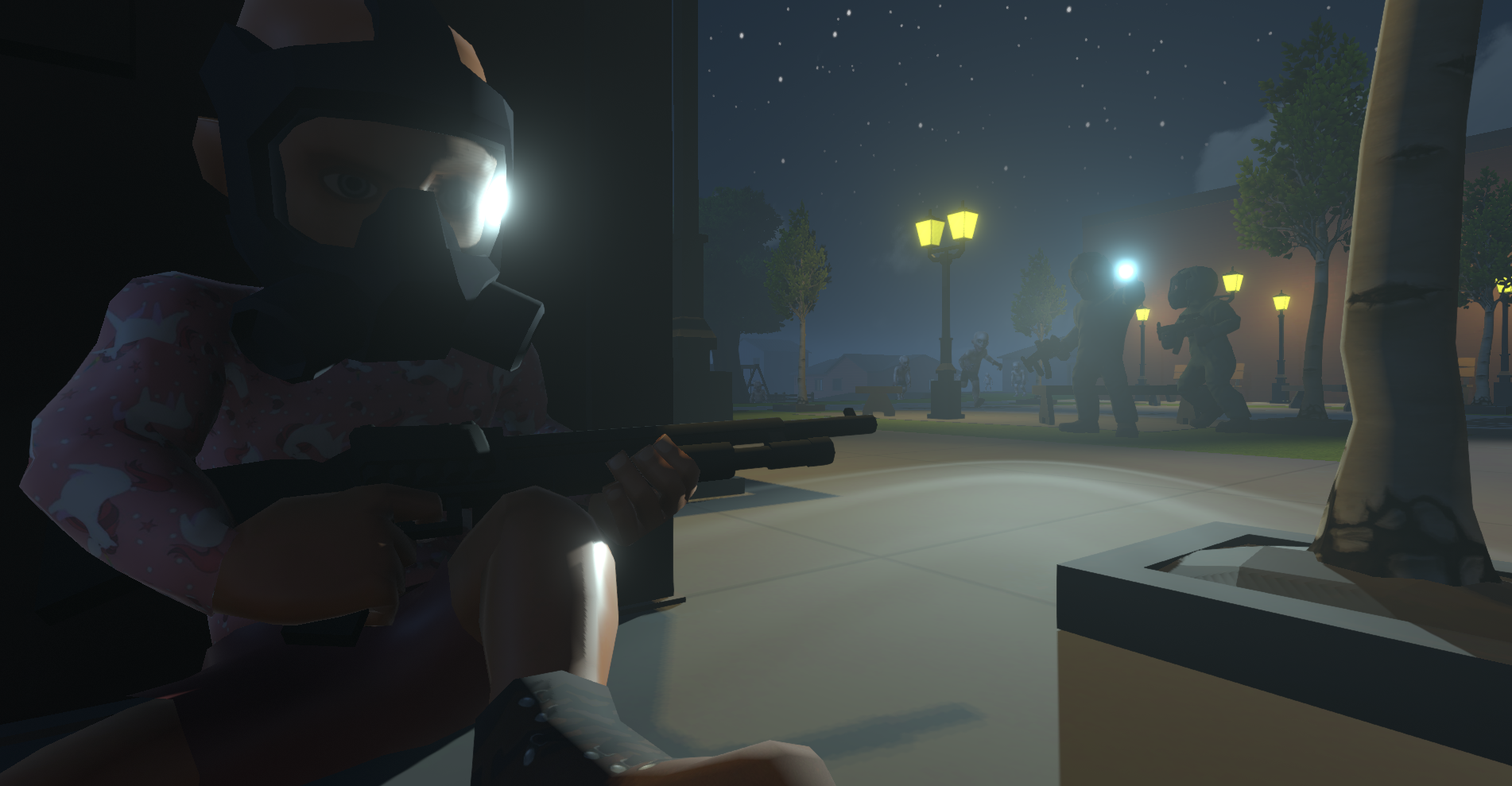 “Hey, I’ve got a body over here, looks like the work of the Unicorn judging by the lack of a head” he called out, “and a trail of blood too” he added turning his torch into the darkness of the alleyway.

Several more uniformed figures arrived, and together they moved cautiously into the alleyway. Approaching the doorway, one of the soldiers shone a torch into the dark recess, illuminating a small bundle lying in front of the door.

One of the men edged forward to inspect the bundle. Shining his torch on it, he found a neatly folded pink sweatshirt emblazoned with unicorns and a crumpled bloodstained note. On the note was a list of seven names, each named crossed through in blood.

The following morning, a bloody trail was found leading away from the murder scene, but the search failed to find the assassin and the Unicorn was never seen or heard of again…

We have been busy integrating our vehicle lineup into our new ‘Vertical Slice’ test map. We thought you might like a peek at how they are performing. We are working towards getting them into your hands as soon as possible.

The video shows two of our test areas; the first is the Holy Fire test track where we put the vehicles through their paces and the second (@ 7:10) is an early iteration of the upcoming vertical slice map which allows us to test vehicles within the game environment.

Extensive work is in progress on giving our Infected NPCs autonomous AI. The infected will react to environmental triggers as well as have natural neutral behavioural states.

Our entity spawn system is coming along nicely. The system will allow us to spawn in NPCs, items and events, giving us the ability to craft the game’s content on the fly.

In house testing of the new vertical map and our vehicle lineup is currently a priority. We aim to let you get your hands on it as soon as possible. It is looking pretty sweet so far.

So here endeth DevLog #30. Join us again in two short weeks for another dive into the development of ‘The Day of the Infected’. Until then, stay safe, healthy and infection-free!